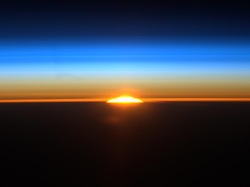 SHURUQ is a "Theme Month" club at NYU that hosts events from Mid March til Mid April every year.

Meaning "sunrise," Shuruq brings light to the diversity of life, culture, art, music, literature, religion, and politics in the Muslim world--defined as representative and inclusive of peoples from all over the globe, including Africa, Asia, the Middle East, Europe, and the Americas.  Shuruq seeks to present the experiential dimensions of all these different aspects of the Muslim world, through hosting various educational and entertaining forums in order to create a nuanced and varied, rather than monolithic, representation of the Muslim and his or her world.

Shuruq is a month long series of events at New York University devoted to highlighting the diversity of life, culture, art, music, literature, religion and politics throughout the Muslim world.


Shuruq 2014 will be focusing on how Islam manifests itself in America with a focus on American Muslims.